Our product line includes Natural Gum Rubber along with synthetic elastomers like EPDM, Neoprene, BUNA-N (Nitrile), Silicone, Fluoroelastomers and Viton® materials. Thermodyn Global Sealing rubber is produced in our ISO 9001 factory which meets or exceeds most ASTM and RMA specifications and is quality inspected. 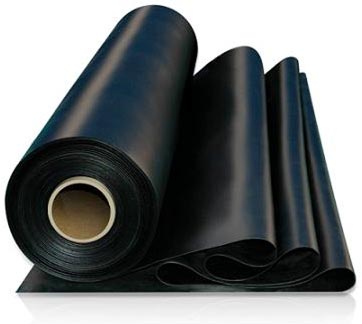 Nitrile rubber is a copolymer of butadiene and acrylonitrile.  In addition to its excellent elastomeric properties, it is resistant to oil, caustics, and aliphatic hydrocarbons.  Nitrile is not suitable for solvents and chlorinated hydrocarbons.  Its maximum temperature limit is 212º F.  Nitrile Rubber is also referred to as Buna-N Rubber or NBR.  Review below the Nitrile categorys to choose the best type of Nitrile rubber for your application.

TGS offers multiple styles of 100% Chemours Viton Sheet Rubber that cater to the individual needs and applications of our customers. 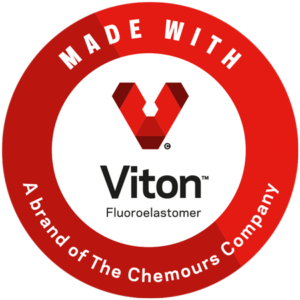 Neoprene rubber resists degradation from sun, ozone and weather. It maintains its strength, flexing, twisting and elongation very well over a wide temperature range while having outstanding physical toughness.

EPDM is ethylene propylene diene monomer, a type of synthetic, high-density rubber. Standard commercial grade EPDM rubber is sulfur cured and has resistance to oxygen, weathering and ozone.  Works best if the application is flat and not under stress.

White EPDM is available for Food or other sanitary applications.  For mechanical fastening, high compression load on flanges and where excellent dimensional stability is required, nylon inserted EPDM is the typical material used.